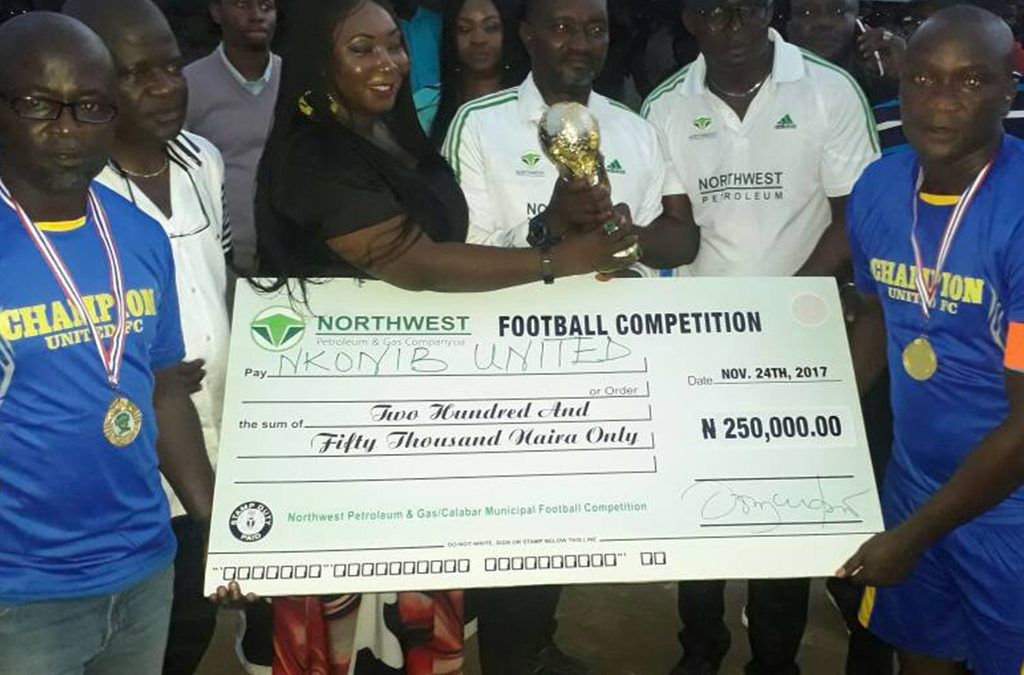 The competition was sponsored by Northwest Petroleum in conjunction with the Calabar Municipal council, was aimed at promoting football at the grassroots and act as a talent hunt for professional football clubs. The tournament ended on Friday November 24, 2017 at Ishie Maracana Arena with Nkonib FC as champions defeating Ishie Pillars 2-1 and winning a cash prize of N250, 000, while the second and third place winners won N150, 000 and N100, 000, respectively.

Former Mayor of Calabar Municipal Council and the Chairman of the Local Organising Committee (LOC), Ntufam Donatus Etim, said: “We observed the lack of football tradition in Calabar and of course, the absence of talents. Taking into consideration the composition of the present day Super Eagles, we have not had one single person from Cross River, not even on the bench in the national teams. We wonder what is happening and discovered that it is as a result of the lack of football tradition”. He disclosed that at the end of this year’s tournament, raw talents that could make the country proud were discovered.
He noted that some of the teams had no sponsors, yet they tried their best. He called on well-meaning Nigerians and firms to emulate the MD of Northwest Petroleum, Dame Winifred Akpani, for hosting the tournament.
Mr. Odum Davies- Manager, Operations, who represented the Northwest petroleum at the finals said this was another display of Northwest’s CSR commitment and plans are underway to expand the scope of the soccer fiesta in subsequent editions, given the success recorded since its inception last year.

About Northwest Petroleum
Northwest Petroleum & Gas Company Limited is a Company in the Oil & Gas Sector of the economy with International repute. The Company has vast experience in the importation, supply, distribution and storage of Petroleum Products and is also actively involved in the official export of Crude Oil from Nigeria being one of thirty-nine Companies approved by the Nigerian National Petroleum Corporation (NNPC) for allocation and export of Nigerian Crude Oil. Presently, amongst other facilities, the Company operates two (2) Ultra-Modern Mega Petroleum Products Storage Terminals with combined capacity of 96.8 Million litres certified and duly licensed by the Department of Petroleum Resources (DPR) and an Ultra-Modern Berthing Facility with International state-of-the-art Fire Fighting and Safety Equipment in the Calabar Free Trade Zone, Cross River State. The Company also owns and operates several 24– and 26- Ultra-Modern Mega Petroleum Products Filling Stations across the Country under a very rapid expansion program. For more information, visit www.northwestpetroleum-ng.com.